The seminar will be available for Zoom participation.  People in the Barnard/Columbia community who have authorized access to Barnard indoor spaces can participate in person if desired.  If you would like to receive the Zoom link, please register using the “Register” button above.  For those attending in person, a meet and greet will follow the talk.

As part of Barnard's Year of Science, we welcome Dr. Ayanna Howard to give the 2021 Barnard Distinguished Lecture in Computer Science.  At 27, Dr. Ayanna Howard was hired by NASA to lead a team designing a robot for future Mars exploration missions that could “think like a human and adapt to change.” Her accomplishments since then include being named as one of 2015’s most powerful women engineers in the world and as one of Forbes’ 2018 U.S. Top 50 Women in Tech. From creating robots to studying the impact of global warming on the Antarctic ice shelves to founding a company that develops STEM education and therapy products for children and those with varying needs, Dean Howard focuses on our role in being responsible global citizens. In this talk, Dean Howard will delve into the implications of recent advances in robotics and AI and explain the critical importance of ensuring diversity and inclusion at all stages to make certain that robots are designed to be accessible to all. Throughout the talk, Dr. Howard will weave in her own journey as she navigated her roles at NASA, Georgia Tech, OSU, and in technology startups.

Dr. Ayanna Howard is the Dean of Engineering at The Ohio State University and Monte Ahuja Endowed Dean's Chair.  She also holds a faculty appointment in the college’s Department of Electrical and Computer Engineering with a joint appointment in Computer Science and Engineering. Previously she was the Linda J. and Mark C. Smith Endowed Chair in Bioengineering and Chair of the School of Interactive Computing at the Georgia Institute of Technology.

Prior to Georgia Tech, Dr. Howard was at NASA's Jet Propulsion Laboratory where she held the title of Senior Robotics Researcher and Deputy Manager in the Office of the Chief Scientist. Her research encompasses advancements in artificial intelligence (AI), assistive technologies, and robotics, and has resulted in over 250 peer-reviewed publications. At NASA, she worked on designing advanced technologies for future Mars rover missions. Now, she works on projects ranging from healthcare robots to developing methods to mitigate bias and trust in AI.  In 2013, she founded Zyrobotics, an education technology startup, which designs AI-powered STEM tools and learning games to engage children with diverse abilities. She has also served as the Associate Director of Research for the Institute for Robotics and Intelligent Machines, Chair of the Robotics Ph.D. program, and the Associate Chair for Faculty Development in ECE at Georgia Tech.

Dr. Howard is an IEEE and AAAI Fellow and recipient of the Anita Borg Institute Richard Newton Educator ABIE Award, CRA A. Nico Habermann Award, Richard A. Tapia Achievement Award, and NSBE Janice Lumpkin Educator of the Year Award. She also serves on the Board of Directors for the Partnership on AI and Autodesk.  To date, Dr. Howard’s unique accomplishments have been highlighted through a number of other public recognitions, including highlights in Vanity Fair, USA Today, Upscale, Black Enterprise, and TIME Magazine, as well as being recognized as one of the 23 most powerful women engineers in the world by Business Insider and one of the Top 50 U.S. Women in Tech by Forbes.  She regularly advises on issues concerning robotics, AI, and workforce development, including functioning as an AI advisor on the YouTube Future of AI documentary series produced by Robert Downey Jr.

Dr. Howard is a frequent speaker and expert source for venues such as CNN and NPR. She regularly gives invited seminars at venues such as the Smithsonian Design Museum, Science Museum of London, Detroit Science Museum, and the National Security Agency.  Her research leadership has also been externally recognized through her role as a U.S. Embassy Speaker Specialist and her Congressional Testimony on Innovation, just to name a few. 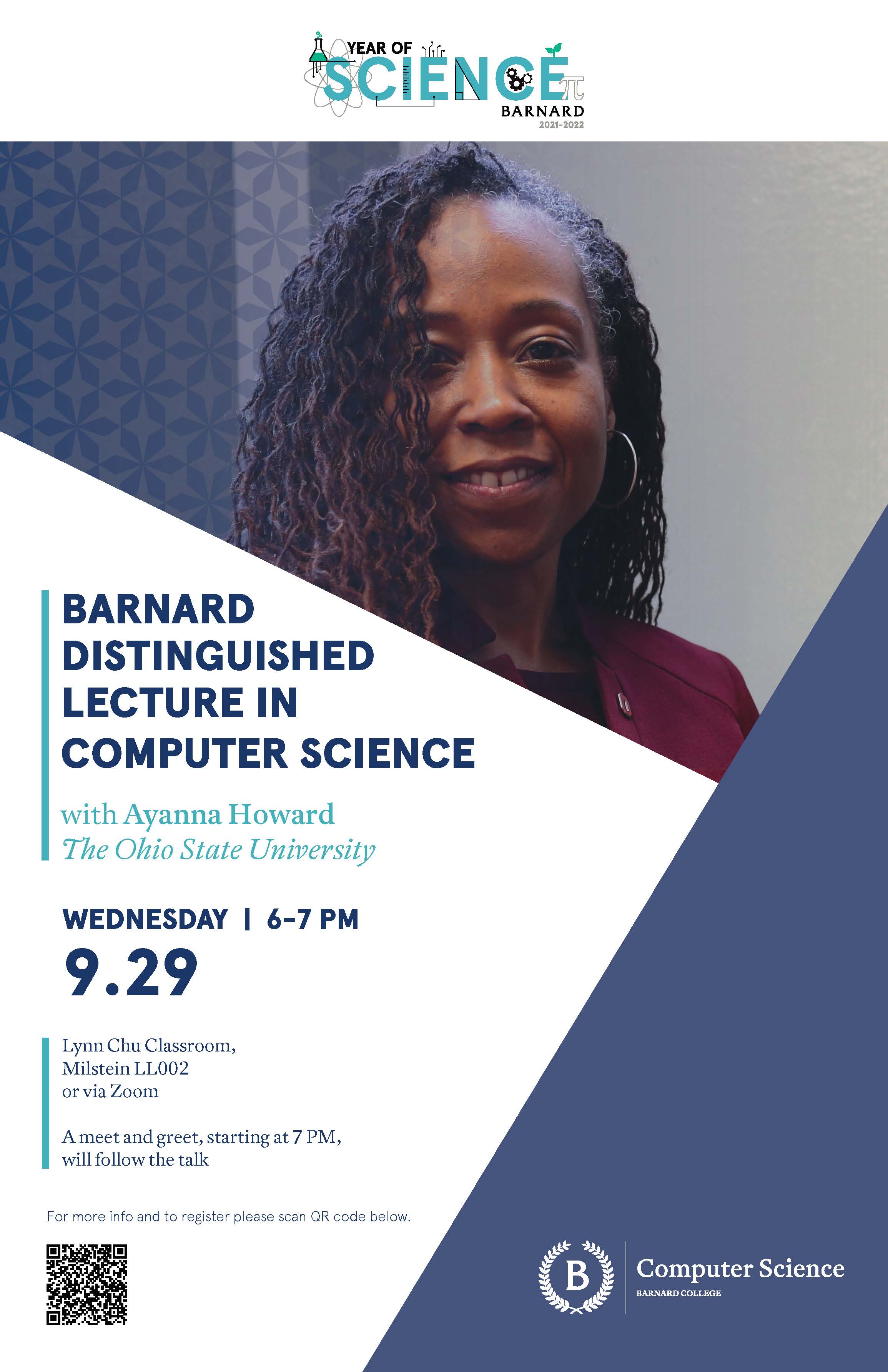